I’m about 50 pages into this one (and it’s due back at the library today … oops) and having some trouble getting into it. You’re really thrust into the middle of the action right away. I’m hoping once I have a better handle on the characters and politics I’ll be able to immerse myself more in the plot!

I adored this book! It’s just as atmospheric and character-driven as the blurb suggests, and if that doesn’t catch your interest, the narrator being a crime reporter is such a unique and refreshing twist. I absolutely can’t wait for the next book in this series. Check out my review here! 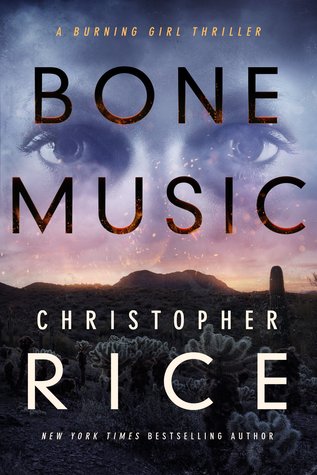 Charlotte Rowe spent the first seven years of her life in the hands of the only parents she knew—a pair of serial killers who murdered her mother and tried to shape Charlotte in their own twisted image. If only the nightmare had ended when she was rescued. Instead, her real father exploited her tabloid-ready story for fame and profit—until Charlotte finally broke free from her ghoulish past and fled. Just when she thinks she has buried her personal hell forever, Charlotte is swept into a frightening new ordeal. Secretly dosed with an experimental drug, she’s endowed with a shocking new power—but pursued by a treacherous corporation desperate to control her.

Except from now on, if anybody is going to control Charlotte, it’s going to be Charlotte herself. She’s determined to use the extraordinary ability she now possesses to fight the kind of evil that shattered her life—by drawing a serial killer out from the shadows to face the righteous fury of a victim turned avenger.

I’m very excited to get to this one. Charlotte sounds like a force to be reckoned with, and then you add powers to that mix? It sounds like it might just be the clash of urban fantasy and thriller that I love most in the world. I’m intrigued, that’s for sure.